My latest trip was not the usual jaunt with Scott and Ross, it was a family holiday more designed to get some chill time and bond together. I did however pack my Rock Rovers and managed a couple of hours here and there.

I stayed in Argassi which is about three Kilometres from Zakynthos city where the beaches are shallow and Sandy, lots of small Bream, Derbio and Red Mullet were present but were so small they even presented problematic hooking on a size 10 hook. I did manage a few Striped bream though. 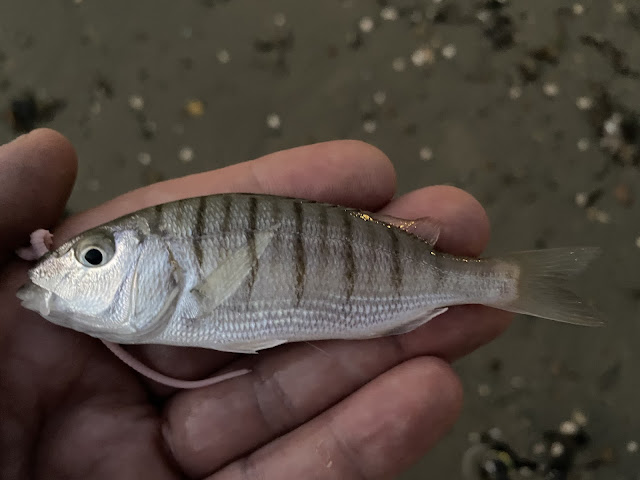 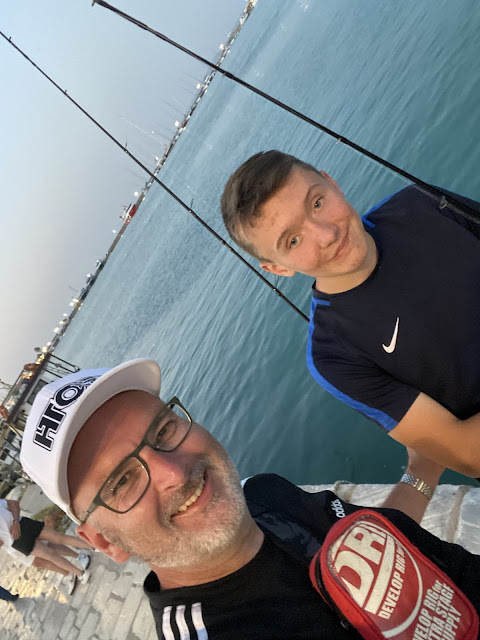 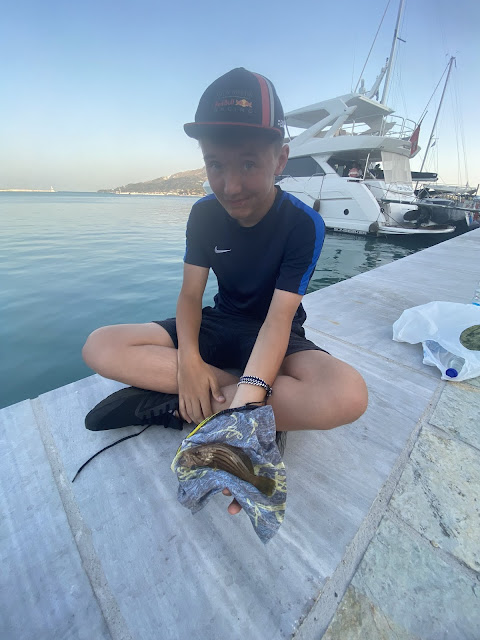 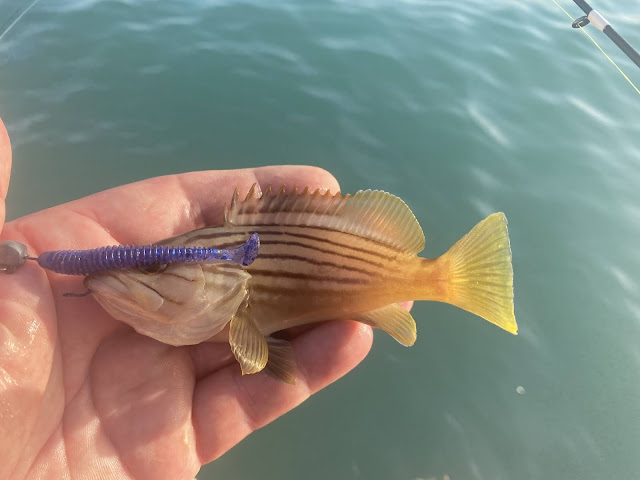 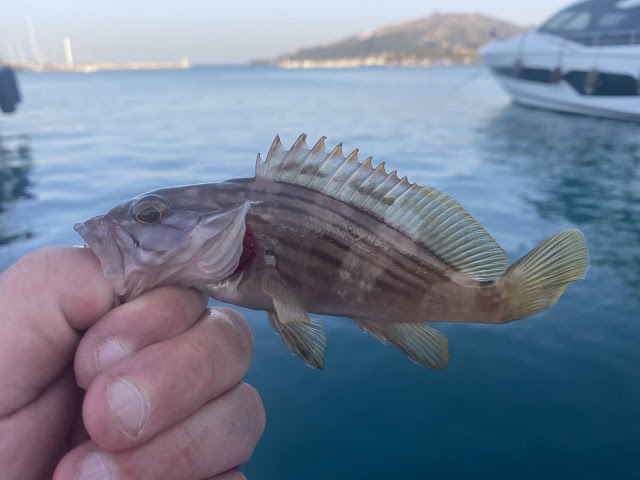 It turns out Zakynthos Port is riddled with these aggressive wee fish, while I saw other species such as Saddled Sea Bream, White Bream, Painted Comber etc, I found it challenging to get past the Goldblotch Grouper. I did get a couple of different species when I switched to a drop shot isome rig. 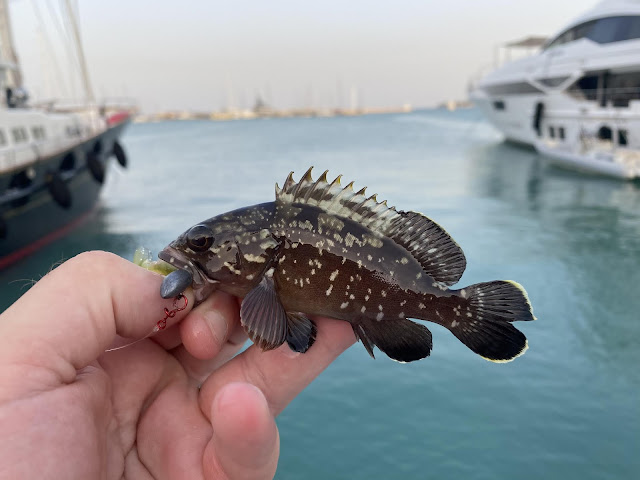 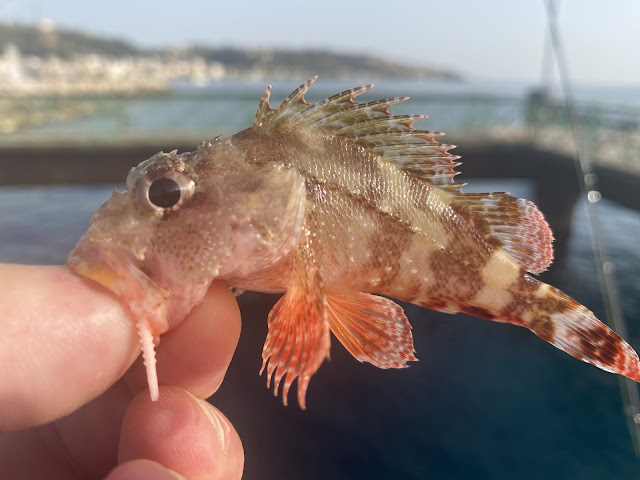 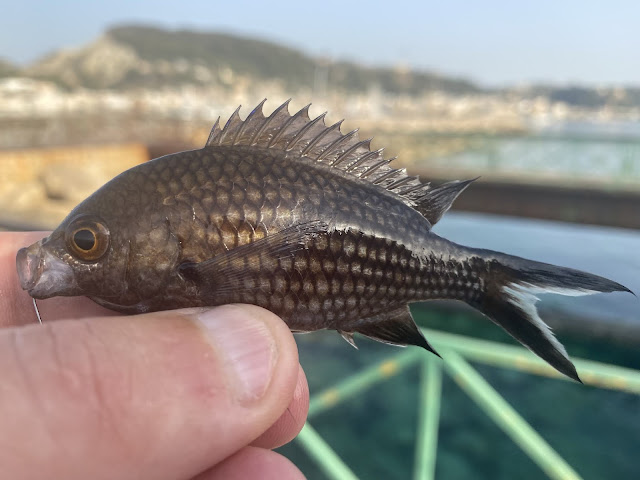 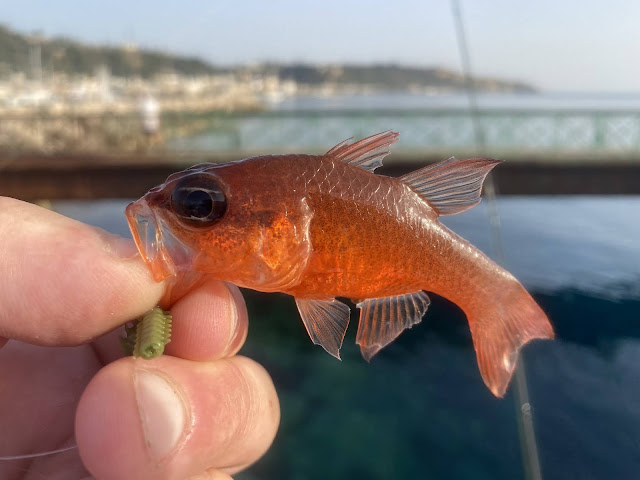 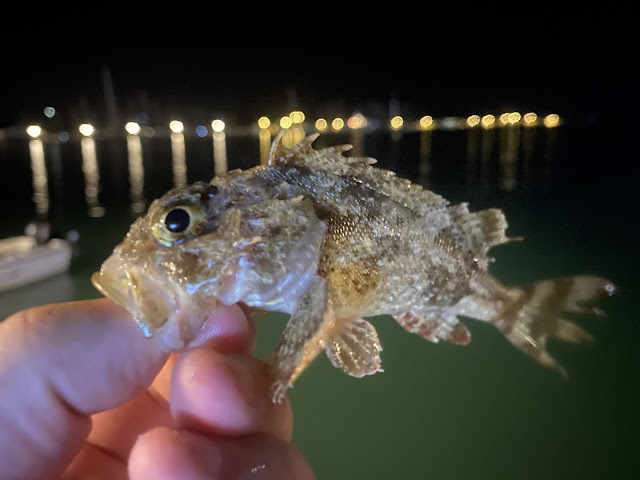 This Method of fishing just not my favourite no matter how effective and productive so I switched to jigheads and Paddles for the remainder of my stints, and the Grouper just loved it especially the 2” One Up Shad and Aquawave Lockhead combo, though Keitech lures were certainly popular too. 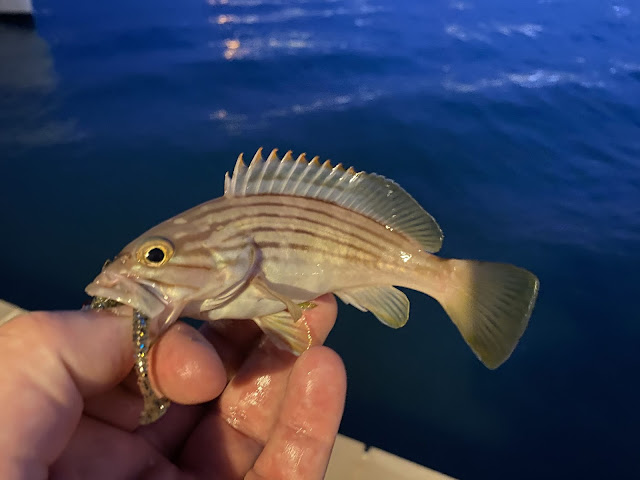 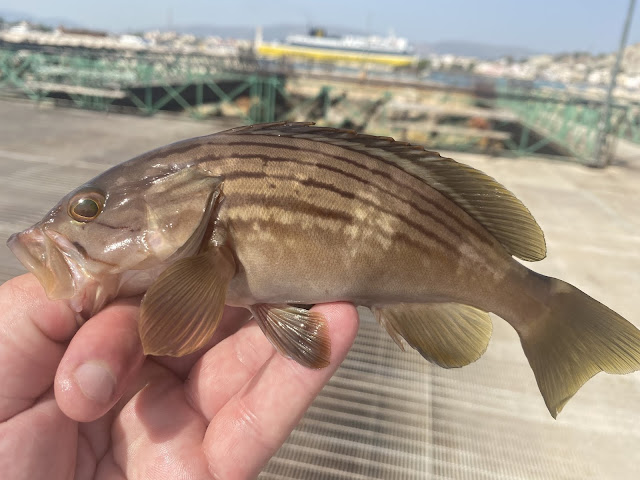 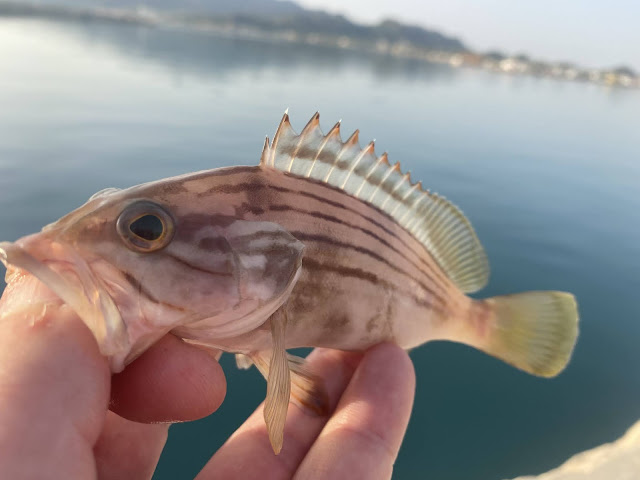 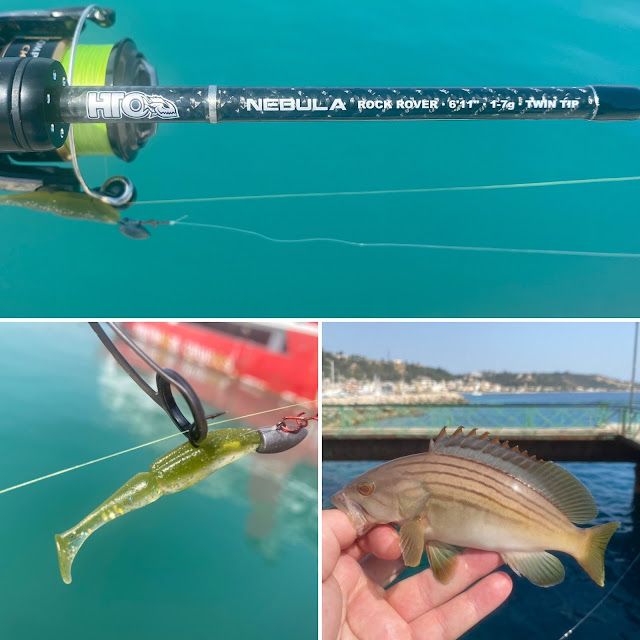 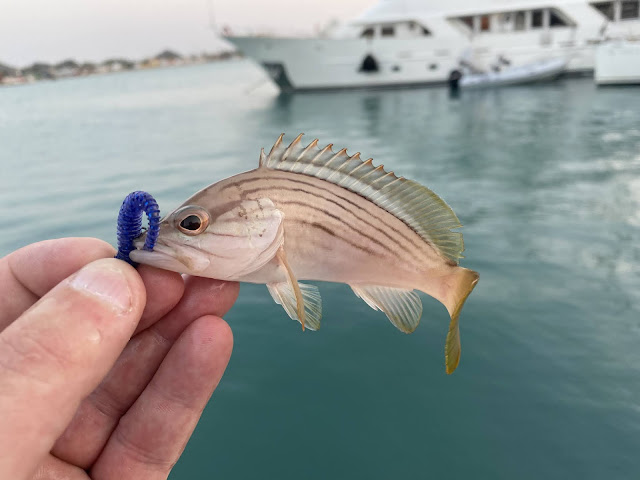 Nothing too major but as said before; this wasn’t a serious fishing holiday, I’ll need to hit up Scott and Ross for something soon though eh?!