I am recently back from our TronixFishing Roadshow event held at Seaview Angling in Plymouth and what a great event it was.
It was the first time I had met both George and my pro staff team mates, I was really quite excited about that.
I had also heard very good things about Seaview Angling which turned out to be massively justified, the place is wall to wall lures! The amount of work Andy and Pam had put in was outstanding, there was even a hand built lure tank for demonstrating our products which Jake and Pete used to great effect, demonstrating the new light game lures and Artic Eel.

Many local anglers turned out too and it was great to converse with those guys, all were clearly passionate about lure angling. There was quite a buzz around the place and a nice scene in Plymouth.

What impressed me most though was the turn out for the actual fishing sessions, they were really well attended by people wanting to share, learn and catch some fish.

The fishing was a little slow with small tides and a pressured mark in the mix but everyone caught fish and had fun. It was a great time to demonstrate the HTO Leethal and Flail which caught me some fish alongside the ever dependable Mini Stick.

Back at Seaview there was a rotation of talks and demonstrations where we tried to be on hand to give advice and aid sales. Personally I was very impressed with the way the Kayak team conducted themselves and promoted their fishing discipline. 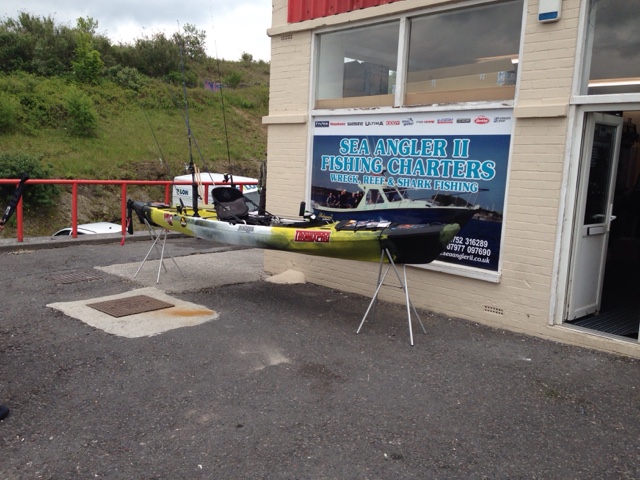 These guys are super passionate and quality anglers, as I was travelling down on Friday, Mark and Martin were catching Red Band fish which we were all quite jealous about. Their passion is surely infectious and I admit now coveting a Kayak!

Sunday was quite an eventful day kicking off with a fish down at Rame which saw another good turnout. I think everyone landed a fish or two, the best ones falling to Jake and Pete. Pete's fish were mainly caught on his own design; The Artic Eel which has already taken a huge number of good fish around the country. Jakes fish were taken on Gulp Sandworm and light rock tackle! 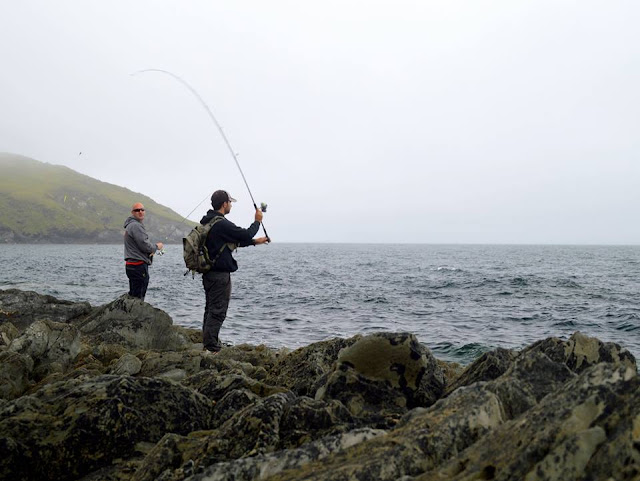 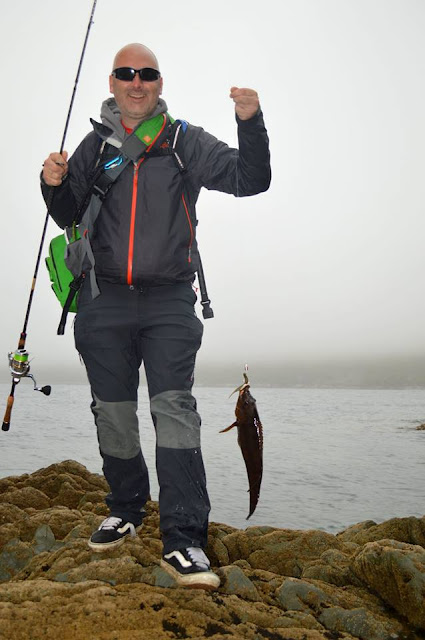 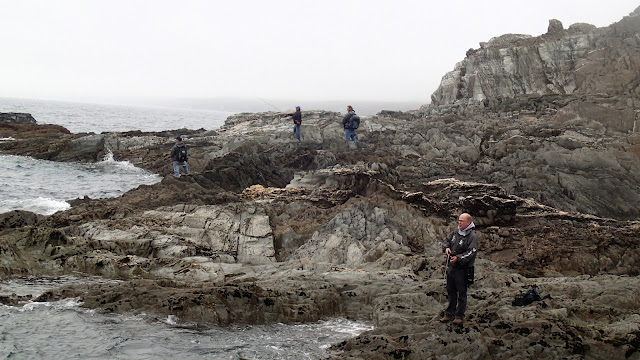 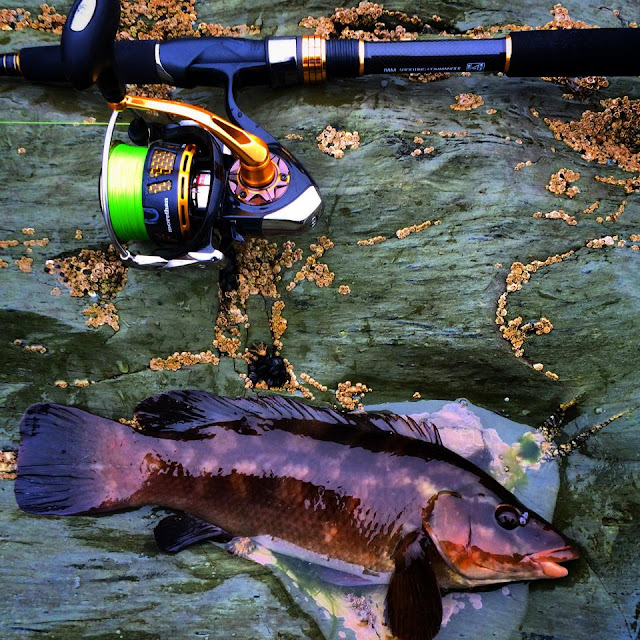 After the fish, we spent ages trying to get into Petes car as he'd locked his keys in the boot! George showed great patience and skill as he got in with his cunning(ham) ways!
After such an eventful morning I was surely glad to get back to Seaview for barbecued burgers!

Again we conversed with customers and anglers, advising and selling was the name of the game. It certainly makes a nice change selling gear that you actually had a hand in, I've always found its much easier to sell things you are passionate about!
I had some great conversations with a few people though and those I spoke to seemed very appreciative of the advise given, which is quite rewarding in itself.

Before long though it was time to wrap it up and say goodbye to everyone, it was so good I didn't really want it to end. I met so many good people and had such good laughs over the weekend, it really is great to be part of such a cool sport.
Posted by Light Game Junky at 08:18